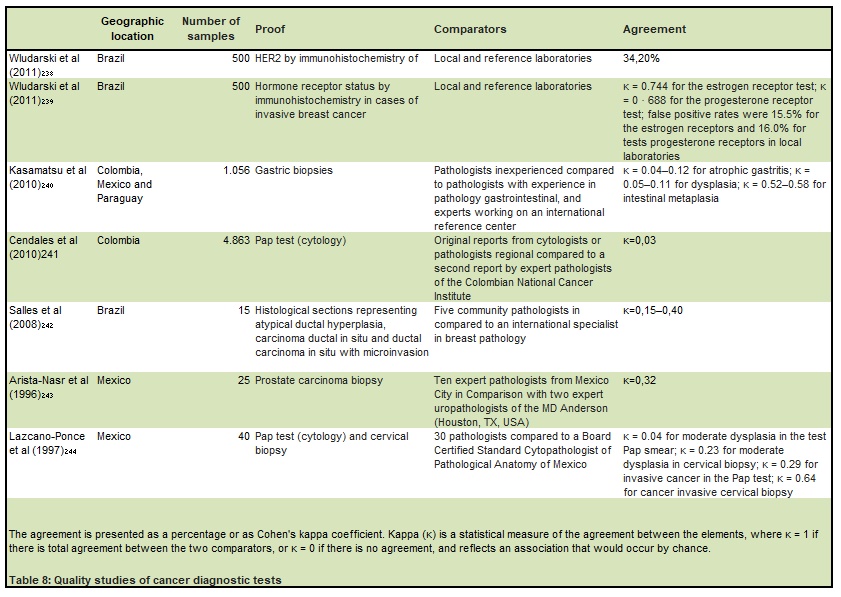 If this warning is irrelevant, please disable the syntax validation feature in the dashboard under General settings > Footnote start and end short codes > Check for balanced shortcodes.

Human cancer subtypes are traditionally classified according to certain clinical and pathological parameters that include the anatomical site of origin, microscopic histomorphology, tumor size, tumor grade, and regional lymph node involvement. This is a well-established classification scheme that relies on molecular and genetic information that helps classify different cancer subtypes and predict their behavior. In clinical practice, tests for tumor-specific characteristics can provide prognostic information and immediate treatment options.

Using the right therapy, for the right patient, at the right time has implications for the cost-effectiveness of therapies and affects treatment costs. Genetic and molecular analysis of tumors has advanced the field of oncology and ushered in a new era in personalized cancer care. In this section, we look at the current state of cancer diagnosis in Latin America and how new technologies and targeted treatments are being introduced into the clinic.

Laboratory systems that perform cancer diagnosis tests vary from country to country and are not well characterized in the cancer literature. A few studies have compared expert evaluation or centralized laboratory tests with regional evaluations or evaluations carried out by inexperienced personnel (Table 8).

Effect of delay in diagnosis

At the regional level, initiatives to improve the quality of tissue samples, technical manipulation of tissue specimens, slide preparation and special staining processes should be supported. Tumor samples should be stored under acceptable conditions (preferably in the form of formalin-fixed and paraffin-embedded tissues) and should be archived for future diagnostic tests that may be necessary in the aftercare of a patient. At the same time, it is necessary to establish biobanks at the national or regional level. Initiatives such as the National Tumor Bank of Brazil, which has 38,000 stored samples, or the Network of Tumor Banks of Latin America and the Caribbean (REBT-LAC) should be encouraged. ((Network of National Cancer Institutes. Biobanks: Peruvian expert visits INCA in Brazil for the standardization of procedures. Http://www2.rinc-unasur.org/wps/wcm/connect/RINC/site/home/noticias/biobancos_experto_del_peru_visita_el_inca_de_brasil_para_fines_estandarizacion_de_procedimentos (accessed Feb 17, 2013)) Tumor files are also very valuable as a repository for research studies, with the appropriate consent. Like what has been recommended for HIV / AIDS in Africa, another approach to improving quality would be to establish a laboratory accreditation system for cancer in Latin America.256 There are two programs in Brazil that have demonstrated the potential of education to improve the accuracy of cancer diagnosis. In Belo Horizonte, agreement among pathologists in the interpretation of premalignant breast lesions increased after standardized diagnostic criteria were examined and representative images were shown.242 More recently, an effort was made in Pernambuco to establish the accuracy of childhood cancer diagnosis after the introduction of a specific training program and the establishment of telepathology in the region. ((Santiago TC, Jenkins JJ, Pedrosa F, et al. Improving the histopathologic diagnosis of pediatric malignancies in a lowresource setting by combining focused training and telepathology strategies. Pediatr Blood Cancer 2012; 59: 221–25.))

Knowledge of cancer genetics in the Latin American population is limited, and most studies in the region have focused on the frequency of BRCA mutations. The BRCA gene mutation, in contrast to many other genetically inheritable mutations for cancer, directly affects clinical treatment options. Women in whom a BRCA mutation has been found can be educated on modifiable lifestyle factors to reduce their risk of cancer, and may be offered more intensive surveillance, prophylactic surgery, or chemoprevention. From available studies, BRCA mutation rates in Latin America appear to be similar to rates in the US or Europe, but may be higher in some countries (Table 9). The prevalence of BRCA mutations in unselected women in the Bahamas corresponds to the highest rate detected in any country in the region. ((Donenberg T, Lunn J, Curling D, et al. A high prevalence of BRCA1 mutations among breast cancer patients from the Bahamas. Breast Cancer Res Treat 2011; 125: 591–96)) The high prevalence of the BRCA mutation in America Latin could be explained by the historical Jewish migration from modern Spain and Portugal to Latin America during the Age of Discovery during the XV to XVII centuries. ((Velez C, Palamara PF, Guevara-Aguirre J, et al. The impact of Converso Jews on the genomes of modern Latin Americans. Hum Genet 2012; 131: 251–63.))

In Latin America, genetic testing for BRCA or other cancer predisposing mutations is not widely available, and is prohibitively expensive when offered. In low-income settings, genetic testing is often too expensive to be offered to a large number of people, but some form of alternative testing must be considered. Tests to detect high-frequency mutations instead of sequencing entire genes, or analyzing a specific population that could benefit from the result, could offset the high cost. Testing for BRCA mutations in a region such as the Bahamas, where the prevalence is high, could allow for early intervention and save lives, and could save costs in the long term.

Genetic and molecular tests for cancer

Characterizing the prevalence of cancer predisposition genes, mutations, and molecular markers in different tumors in Latin America is a first step in providing a personalized approach. Regional efforts have begun to achieve such characterizations (Tables 9 and 10), and these efforts will ultimately reduce cancer morbidity and mortality, and cost in Latin America. To support these initiatives, pathologists who perform, interpret, and regulate complex molecular and genetic data will need highly specialized training and education in genetic medicine. The varied genetic ancestry of the Latin American population poses opportunities and challenges. Studies carried out by the Brazilian Pharmacogenetic Network to investigate the genetic heterogeneity of the population are underway. ((Suarez-Kurtz G. Pharmacogenetics in the Brazilian population. Front Pharmacol 2010; 1: 118.)) Oncologists, physicians, and all care providers involved in cancer detection, diagnosis, and treatment need up-to-date training on how to integrate genetic and molecular information into clinical practice. For example, BRCA testing in high-risk patients should be done only after a comprehensive genetic consultation, as is standard practice in countries where testing is established.

What is intended is to publish everything related to our Latin American associations, studies, projects, requirements, comments, in short, all the valuable information for the development of projects.